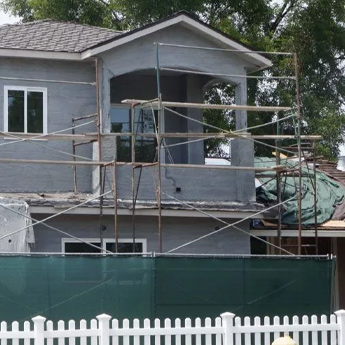 Get That Stamp Of Approval Today!

Is it possible to preserve neighborhoods while enabling more housing?

Will SB9 Make an Impact on California's Housing Crises?

California is in the middle of a housing crisis that is not forecasted to end any time soon. The question lies in how to fix the problem. Like many things in politics, everyone has a reason why things won't work but no solid solution has been proposed. SB9 was intended to be that solution but the local ordinances are fighting the bill as they point out its potential negative impact and possible failure. The reality is that more houses built in any neighborhood will impact the availability of resources while also impacting home values, crime, and the environment. The question becomes how bad is California's housing crisis, and do we even want to fix it? SB9 is a great opportunity to do mitigate the housing shortage in the near term that will lead to more homes being built and it is hard to argue this. Thousands of SB9 applications are being submitted daily by eager homeowners willing to add to the supply of housing in California. So what is getting in the way?

Louis Hansen wrote a great article in the SJ Mercury that demonstrates some of these challenges.

Some communities aiming to stop law intended to add units

San Jose civil engineer Terry Szewczyk had lined up more than two dozen clients, a collection of Bay Area homeowners stretching from Redwood City to Fremont to Concord looking to split their properties and build new homes and accessory units. The projects were designed to carefully conform with a new state law, Senate Bill 9, that streamlines approval for small, residential projects. But a few localities immediately questioned his applications. So Szewczyk fought back. He called and emailed state representatives, reached out to town and city officials, and finally lodged complaints with the state attorney general's new housing task force against Cupertino, Los Gatos and Monte Sereno.

"In general, it's pretty frustrating," said Szewczyk, a 40-year veteran of Bay Area development skirmishes. He expects projects will be much faster and cheaper under SB 9 — "except for the unseen potholes in the cities."

California's effort to lift barriers to small developments — a push seen by many homeowners as the end of single-family home zoning — has quickly sparked backlash, confusion and signs of another protracted battle over control of local development. As towns and cities slowly navigate the new law and craft local ordinances to curb its impact or hasten new construction, developers are submitting early proposals before any new, local restrictions stymie projects. SB 9 allows up to four units to be built on a property zoned for a single-family home. Developers say most of the early interest has come from property owners looking to split large lots and build a new, single-family home on the vacant parcel. Those proposals create new homes in existing neighborhoods, while potentially creating a financial windfall for owners. Researchers at UC Berkeley's Terner Center for Housing Innovation have estimated the law would create as many as 700,000 new units on California's 7.5 million single-family home lots. Szewczyk's small team at TS Civil Engineering handles project planning, surveying and engineering, and manages the sometimes messy local process of rezoning and permitting for new construction. "We do small projects in difficult towns," he said.He knows the players and the sometimes treacherous confluence of state housing law and local ordinances. He shepherded Oracle CEO Larry Ellison's complex, 23-acre home compound in Woodside through the development process, as well as other, high-profile residential projects for Bay Area executives. He estimates up to 95% of his future contracts could come through SB 9 proposals. Before the law passed, he said, his firm worked on a project in Los Gatos to split a large property with two family homes. The process involved regular discussions with city planners over discretionary issues like design and parking, and an appearance. before the planning commission. It took about two years and cost $200,000, he said.

A similar project under SB9 — with the same environmental regulations but limited discretionary decisions by local planners and no public hearings — could be done in six months for just $60,000, he estimated. The interest from homeowners has encouraged him, but the response from some cities has been discouraging. "Cupertino," he said, "is a lost cause." But he also sees some hopeful signs, including recent decisions by Los Gatos planners to loosen SB 9 restrictions. Still, "it's slow going," he said. A spokesperson for Attorney General Rob Bonta, who established a task force in November for enforcing housing laws, declined to comment on whether the department has received any complaints about SB 9. Los Gatos town manager Laurel Prevetti said the state has not contacted the town about its SB 9 regulations. The Town Council on Tuesday extended its emergency ordinance, putting limits on minimum lot sizes and building heights.

Cupertino's City Council passed an emergency ordinance in December limiting SB 9 homes to be no larger than 2,000 square feet, a restriction questioned by housing advocates. The city plans to create permanent guidelines for new projects this spring, a spokesperson said. Mayor Darcy Paul said city leaders are working in good faith to implement the law. "I hope that people recognize this and stop acting in such a discriminatory manner against our City," he said in an email statement. Monte Sereno city manager Steve Leonardis did not return a message seeking comment. Housing advocates say they also are willing to challenge local SB 9 restrictions, specifically in affluent suburban cities historically resistant to development. For example, Woodside, where the average home value is $4.5 million, recently halted any SB 9 projects. Planners argued the entire town is exempt because it is a habitat for the vulnerable mountain lion. The nonprofit watchdog California Renters Legal Advocacy and Education Fund immediately flagged the decision on social media and is considering a formal challenge. The city-by-city fights over SB 9 are just one front in the battle. At the state level, a proposed ballot initiative to repeal the new law and loosen state control has been considered by a handful of Bay Area localities, including Saratoga, Woodside and Brentwood. Michael Lane, state policy director for SPUR, expects strong pushback on the proposed initiative. The measure is too broad, he said, and could threaten state housing law far beyond SB 9. It's likely to draw opposition from environmental groups as well as developers, he said. "It was poorly crafted and poorly conceived," Lane said. Proponents must get nearly 1 million signatures before May 2 to qualify for the November ballot. For the original article click here
Schedule a Free SB9, SB10 Consultation!